Russian artillery rocket launchers said to be abandoned in Ukraine as Russia stalls its advance. Photo from the Ukrainian General Staff’s Twitter.

Low morale has historically plagued the Russian military. Yet, during the current invasion of Ukraine, Russian resolve is especially weak. [1] When faced with resistance, Russians have abandoned their expensive equipment, fled to the forest, or simply surrendered.

Vladimir Putin’s own propaganda is responsible for the lack of fighting spirit in Russian soldiers. His falsified assertions — Ukrainians welcoming Russian troops, fraternal links between Ukrainians and Russians, and promises about soldiers soon returning home — have all contributed to Russian demoralization and dysfunction.

Even though there may be some temporary shock effect of Russian soldiers lacking “full visibility on [their] mission” initially, low morale has structural causes and is likely to persist throughout the entire invasion. [2]

Putin: “The goal is protecting people… We will seek… denazification of Ukraine.” [3]

In his speech on February 24, Putin declared the goal of the Russian “special military operation,” the invasion of Ukraine, is to “denazify” it. He alleges a small Nazi minority, including the Jewish President Volodymyr Zelensky, has seized power and exploits the Ukrainian people. [4] By calling to overthrow this Ukrainian “Nazi” regime, Putin rallied the public to remember Russia’s historical defeat of Nazism in 1945.

This denazification propaganda also convinced Russians that Ukrainians would welcome Russian troops. Because they expected there are only a few Nazis who would resist, Russian soldiers were stunned and fleed when faced with fierce Ukrainian pushback.

Russian soldiers’ overconfidence and misunderstanding of Ukrainian resistance shows their belief in Putin’s denazification propaganda. Early in the invasion, Russian soldiers attempted to enter the city centers of Kharkiv, Kyiv, and Sumy without employing heavily armored vehicles, using vast quantities troops, or clearing Ukrainian resistance. Entering city centers in such a way reveals Russian troops did not expect powerful civilian opposition. The Ukrainian military also claims Russians go around Ukrainian villages asking for directions, fuel, and food, expecting Ukrainians to gladly help the “liberating” force and elevate their provision shortages. [5] Russian prisoners of war have stated they believed in Putin’s denazification propaganda and were instructed to liberate their own “people.” [6]

Russian soldiers may get used to resistance with time. Yet, a worse morale problem is likely to arise: soldiers might realize that their officers and the government were lying to them and that their liberation mission is an illusion. More darkly still, credible reports of Russian military atrocities against Ukrainian civilians exposes an army violently groping to adjust to an unwelcome reality. These crimes inflict a moral damage on Russian soldiers that could further weaken their military cohesion, an experience suffered by American troops in Vietnam and French forces in Algeria.

Putin: “Russians and Ukrainians are the same people, a single whole.” [7]

Russian leaders, including Putin, have continuously claimed Ukrainians and Russians are brotherly peoples; even claiming they are the same nation. This centuries-old Russian propaganda about fraternal peoples is deeply embedded in the Russian national consciousness, as it was the only way for the Russian elite to glue Russians and Ukrainians into one state. Assertions about alleged brotherhood and unity permeate the “victory” editorial accidentally published by RIA Novosti, a Russian leading media resource. The editorial declares the reunification of “brothers:” Russia, Ukraine, and Belarus. [8]

Killing a fellow human must be difficult for a Russian 20-year-old conscript. Killing a brother must be even more so. The feeling of brotherhood with Ukrainians is widespread among Russian and Belarusian military units who have surrendered and refused to fight. Many Russian prisoners of war mentioned they were ordered to “fight a brotherly people” and called to “not attack fraternal peoples.” [9] The brotherhood argument is also often invoked by anti-war soldiers, such as Valeriy Sahashchyk, a high-ranking Belarusian special ops officer. [10] A high surrender rate itself indicates some invading soldiers believe Ukrainians will treat them well, like brothers.

Eight days before the invasion, Putin: “Russia does not want a war.” [13]

By denying the possibility of a war, Putin diverted domestic attention from the issue and encouraged popular Russian indifference. He later used this apathy to impose his own vision of the war, as unconcerned people do not pose many questions and accept any interpretation of the invasion. Judging by small protests and sociological surveys conducted by VSIOM and FOM, Putin has achieved his public opinion goal: around 80 percent of Russians are either disinterested in the “special military operation” or approve it. [14]

While soothing to civilians, Putin’s rhetoric failed to prepare soldiers for an invasion. The war caught them off guard. Unlike apathetic civilians, the military cannot be indifferent to a war because they are the ones fighting and dying. Soldiers also understand they are participating in a full-out war rather than the “special military operation” propagated to ordinary Russians. So, Russian soldiers likely inquire about whether this war is righteous, and nothing provides a better reason than “denazification.” There was neither a large false-flag operation nor a continuous propaganda campaign, just a bald claim of “denazification.”

To hide their real intentions, the Russian military leadership lied to their soldiers. Officers claimed they were deployed for exercises and would go back home on 20 February. [15] Russian leadership also asserted half of the conscripts were to demobilize in a month or two.

When they were ordered to invade Ukraine on 24 February, soldiers were back home mentally, some in their home base region and some with their families. Russian soldiers experienced what Daniel Kahneman calls the “anchoring effect:” when people evaluate a change relative to their expectations, not the status quo. Forcing a conscript, who expected to be home in a month, to sign a contract is thus equivalent to forcefully taking a man from his family into war.

Russian soldiers were naturally shocked, enraged, and devastated. It is not surprising they are unprepared to fight in such a state. Dozens of prisoners of war interviewed by the Ukrainian military said they were “unlawfully sent [to Ukraine]” and thought they went to “mass exercises…, but here was war.” Some soldiers were even told they “would be [in Ukraine] only until the 25th [of February].” [16] As the war continues, more Russian soldiers will realize officers lied to them about when they would go home, breaking their trust.

Putin’s disregard of how his propaganda would diminish the morale of Russian soldiers further widened the gap between Ukrainian resolve and Russian disenchantment. One cannot expect a strong offensive from Russian soldiers who are unprepared for firm resistance, fighting a brotherly people, and believe they were lied to about a quick return home and the value of their operation.

Ukraine and the West should exploit Putin’s propaganda miscalculations and safeguard themselves against falling prey to the same mistakes. To maintain low morale among Russian soldiers throughout the war, Ukrainian and Western information campaigns targeted at Russian soldiers should emphasize that they face universal Ukrainian resistance, fight against a fraternal people and are lied to by their officers and Putin. Ukraine and the West should design their military and aid campaigns on the assumption of low Russian morale, as its causes are systematic and will persist under proper pressure. Lastly, in future conflicts, civil information specialists should consult more with military information agencies to strike a better balance between a quest for domestic approval and battlefield effectiveness.

Putin’s failure shows that successful propaganda at home and strong domestic approval are not enough to win a war, even for a great power. [17] As Clausewitz observed, “the moral forces are amongst the important subjects…, permeat[ing] the whole element of war… and [guiding] the whole mass of power.” [18] After all, it is people who are fighting. Soldiers are as susceptible to political messaging as anyone else.

Oleksii Antoniuk is the President of the AHS chapter at Yale University, where he is studying Global Affairs and Economics.

[12] Jason Lyall, “It’s hard for Russia to invade Ukraine when its soldiers don’t want to be there,” The Washington Post, 1 March 2022, https://www.washingtonpost.com/politics/2022/03/01/russia-low-morale-ukraine-invasion/.

[14] Alexey Bessudnov, “If we believe governmental surveys, most Russians support the war in Ukraine. But can we believe them?,” Meduza, 5 March 2022, https://meduza.io/feature/2022/03/05/esli-verit-gosudarstvennym-sotsoprosam-bolshinstvo-rossiyan-podderzhivayut-voynu-v-ukraine-no-mozhno-li-im-verit.

[17] Bessudnov, “If we believe governmental surveys, most Russians support the war in Ukraine. But can we believe them?” 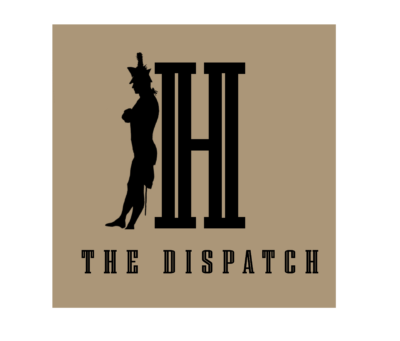 Russia’s Other War: The Forgotten Sorrows of Syria