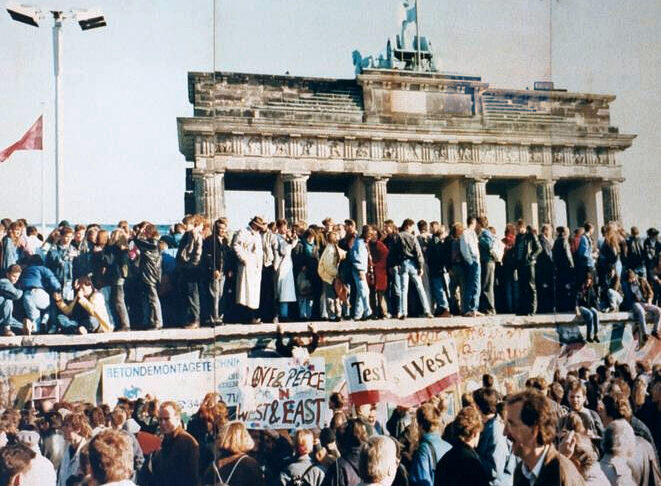 China’s rise over the past twenty years is the most consequential foreign policy challenge Washington has faced this century. Trade wars, diplomatic standoffs, and aggressive military posturing in the Indo-Pacific all point to intensifying economic and ideological conflict not seen since the Cold War. Naturally, it is tempting to look to that period of geopolitical tension and transpose past experiences onto the current U.S.-China relationship. Doing so, however, would be a misuse of history based on a flawed analogy and likely distort helpful lessons that can, and should, inform our current strategy. Policymakers must learn from the past, not recreate it.

Accounting for ideological, economic, and diplomatic differences between China and the Soviet Union allows for a nuanced approach to Beijing informed by Cold War history. In his recent book The Twilight Struggle, Hal Brands argues that the Cold War offers a starting point to renew discussion of great power models that were put aside with the fall of the Soviet Union. [1] This does not, however, mean replacing “Soviet Union” with “China” in the analytical framework. Instead, as Brands explains, Cold War history should be re-evaluated for insights, not wholesale policy, to inform new and creative approaches to China. Still, even with nuanced historical thinking in policymaking, the use of “cold war” language can be problematic because it inevitably evokes the Cold War with its attendant arms races, mutually exclusive spheres of influence, and the “domino theory.” [2] [3] Reliance on language from the past can obscure challenges in the present. It risks placing current policy in a Cold War framework that no longer applies. [4]

History is too often taught as a sequence of events, simplified to aid easy digestion but not deep thinking. Unique factors defining events are brushed over or ignored. In today’s world, where overloaded inboxes and daily emergencies hinder inquiry into the past or contemplation of the future, thorough historical thinking is urgently important. American policymaking would benefit from improvements in historical education, training students to treat the past not as a complex of events to be memorized but narratives to be analyzed and lessons to be postulated. Great power competition did not arise in the Cold War but can be traced through centuries of interstate conflict and balancing. Insights derived from holistic study of distinct historical cases should inform U.S. perspective and policy.

The current competition centers on two rival powers competing for technological advantage, economic primacy, and global influence. The parallels between China and the Soviet Union end there. Unlike during the Cold War, the United States and China are deeply connected. Since its accession to the World Trade Organization in 2001, Beijing has garnered massive economic benefits from the current international order. China’s economic growth has not only propelled it to great power status but conferred economic windfalls for the United States. Bilateral trade, foreign direct investments, and supply chain integrations have fostered economic growth, expanded choices for the American consumer, and created close to 1.8 million jobs for U.S. citizens. While concern over the trade deficit has caused U.S. policymakers to advocate for economic decoupling, doing so risks losing $1.6 trillion in U.S. GDP and over 700,000 jobs by the mid 2020s. [5] Furthermore, the United States and China continue to cooperate on transnational issues such as climate change, counterterrorism, and scientific research. Though the cooperation is limited and imperfect, these domains and others offer shared space for U.S.-China relations that never existed between the United States and Soviet Union. [6] This mix of competition and cooperation between the United States and China is not paralleled in the earlier U.S.-USSR relationship.

The security component of U.S.-China competition also poses a different challenge to Washington than the Soviet Union did. China’s forces are not the veteran Red Army that rolled over Europe. There is no Chinese equivalent to the Warsaw Pact and China’s neighbors, such as Vietnam and North Korea, are unlikely to support its regional policies. Our analysis should account for these differences between past competition and the challenge China poses today.

Fundamentally, the brand of communism supported by the Union of Soviet Socialist Republics (USSR) and People’s Republic of China (PRC), and the role it plays within the state, are drastically different. Soviet ideology carried a stricter reliance on Marxist-Leninist theory, encouraging followers around the world to revolt against the global capitalist system. Global communism was the end-state and Washington was the primary obstacle standing in the way. The Chinese Communist Party (CCP) employs a looser interpretation of communist ideology. While the USSR incorporated Marxist-Leninist objectives across domestic and foreign agendas, the CCP has often modified its version of communism to support pragmatic state-building and development goals. Mao used communism to consolidate his power over political rivals only years before Deng mobilized communist thought to spread capitalist economic policies. The revolutionary communist power of the USSR would not see its mission represented in the highly capitalistic society of the PRC. The PRC’s view of international competition is not about promoting a world united by workers. This fundamental ideological separation means that U.S.-China competition is wholly different from that of the Cold War. Teasing out how ideology functions in the current relationship is an essential first step before imposing Cold War analogies to Beijing.

This is not to say that the Cold War cannot offer critical historical lessons that provide the United States positive direction in formulating policy. One lesson U.S. officials should contemplate deeply is the ebbs and flows of decades-long competition, marked by inflection points and shifting dynamics that reflect domestic desires, political administrations, and unforeseen exogenous impacts. The Cold War had its own waves: moving from containment to escalation, détente, renewed tensions (and then renewed rapprochement) in the 1980s, before the USSR collapsed in 1991. Escalation or engagement can come quickly, and policymakers must recognize shifts to tailor a U.S. response. U.S.-China competition has shown its own phases. Decades of international cooperation and engagement have shifted to a new phase of tension and competition. While stances have hardened in both Washington and Beijing, officials should remember that détente can be achieved, but conflict is never far away. Policymakers must remain attentive and responsive.

The second lesson that the Cold War’s history provides is the need for a long-term game plan with a clear end-state. When Washington has fought for victory without a clear idea of what that means, it has saddled itself with unsolvable problems and inordinate costs. Our decade-long engagement in Vietnam showed little consistency across various military campaigns and initiatives, leaving Americans unsure of the war’s true purpose. Viewing every conflict or country through a great power lens did not always further U.S. efforts in the Cold War. The result will likely be the same in competition with China. Greater success is found when Washington connects policy to long-term strategy and plays to its strengths. President Richard Nixon achieved this through détente with China and the Soviets, as did President Ronald Reagan by leveraging American economic power to drive the Soviets into financial ruin. Similarly, the United States, today, must identify and reinforce sources of American strength, such as research, development, innovation, and alliance-building, to maintain its comparative advantage against global competitors. The Cold War was not won in a day or by a masterstroke play, but through sustained efforts built on American strength. Like the Cold War, competition with China will be a long game and the United States will have many moves to play if it stays focused and strong.

It is dangerous to decontextualize a historical moment to frame the present and predict the future. History does repeat when we allow it to do so, when we create conditions for its return by limiting the scope of policy making. Every intervention is the next Vietnam War. Every threat is the next Cuban Missile Crisis. These historical references are laden with assumptions and frameworks. They should not be used lightly, because they encourage a narrow decision-making outlook. History can contextualize and connect, but it does not prescribe and predict. If U.S. policymakers look to the past to better understand the present and build a new strategy unique to U.S.-China competition, then the risk of repeating the Cold War can be replaced with nuance necessary for the present.

“A special acknowledgment to a friend who reviewed this piece many a time. Thank you for challenging me to be a better writer every day and all the help you put in through every draft.”

Ryan Sullivan ’22 is a Co-President of the AHS chapter at Texas A&M University’s Bush School of Government and Public Service, where he is a master’s candidate studying international affairs. His research interests include intelligence, security, and Russian affairs.

Image: “The fall of the Berlin Wall,” by Unknown photographer, Reproduction by Lear 21 at English Wikipedia, retrieved from https://commons.wikimedia.org/wiki/File:West_and_East_Germans_at_the_Brandenburg_Gate_in_1989.jpg. This image was originally posted to Flickr by Internet Archive Book Images at https://flickr.com/photos/126377022@N07/14756627536. Permission is granted to copy, distribute and/or modify this document under the terms of the GNU Free Documentation License, Version 1.2 or any later version published by the Free Software Foundation; with no Invariant Sections, no Front-Cover Texts, and no Back-Cover Texts. A copy of the license is included in the section entitled GNU Free Documentation License.

No Time to Wait in Getting Digital Trade Right