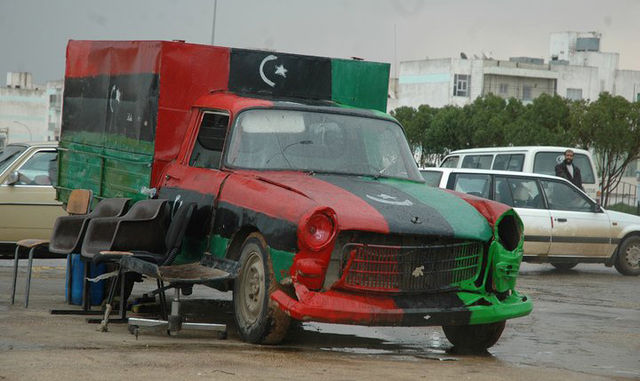 The internationally-recognized terrorist organization ‘ISIL-Libya’ (ISIL-L) presents a legitimate security threat in 2022 as the group reorients towards guerilla-warfare style fighting and maintains its ideological resilience, exploiting the tense political situation in Libya through coordination with criminal organizations.  Libya currently exists in a state of political and socioeconomic unrest, as it struggles to establish a unified central government and to combat terrorist organizations & criminal networks. Its economic dependency on oil, paired with foreign states’ involvement in proxy conflict, contributes additional complexity to the current context of ISIL-L.

In December 2021, Libya’s presidential & parliamentary elections were postponed indefinitely, as political groups struggled to find common ground on government-structure & electoral issues. [1] As Libya attempts to establish strong central leadership going forward, the interim government should guide both political parties towards a resolution, while working to promote stability through economic regrowth & humanitarian programs.  Given the current political unrest and potential for ISIL-L regrowth, the U.S. government should utilize a combination of development programs, continued military action, economic measures, and diplomatic channels to dismantle the terrorist organization and to support a unified government in Libya, preventing future terrorist resurgences.

Following its loss of Sirte in late 2016, ISIL-L relocated to the Southern Fezzan province, conducting occasional attacks against civilians & military opponents. Most recently, the organization made international headlines following its attack in Sebha (June 2021), which targeted Libyan military officers. [2] Following the incident, ISIL-L also released videos of military training exercises in Libya’s desert region (October 2021) to promote recruitment and to signal its legitimacy. [3]

In terms of organization, the group previously exhibited a hierarchical leadership structure, dispersed across all three provinces in Libya. ISIL-L has since devolved into a flatter, decentralized network of small disparate cells that are difficult to detect, resembling a guerilla-warfare insurgency. ISIL-L has appeared to be less connected to the core Islamic State (IS) organization for several years, as many leaders with established connections have been killed, most notably Abu Moaz al-Iraqi, also known as Abu Abdullah al-Iraq, who the Libyan National Army (LNA) assassinated in September 2020. [4] [5]

While ISIL-L retains the core organization’s powerful ideological messaging, they have struggled to recruit local fighters for ideologically-motivated reasons within Libya’s borders. In terms of personnel, it was reported in 2019 that 80% of ISIL-L members were non-Libyan, demonstrating the group’s reliance on recruits from neighboring countries. [6]Since relocating to Southern Libya, the organization has increasingly relied on sub-Saharan recruits as only a few hundred fighters remain. [7]Although ISIL-L lacks personnel, its warfighting style inflicts high-impact results that seize international attention. Working alongside other local organizations & community hosts allows the organization to hold territory in ungoverned regions. The group also continues to utilize safe haven territory in desert regions, which the government struggles to control.

In terms of its larger organizational goals, ISIL-L supports the core Islamic State’s territorial ambitions: to incorporate Libya into the caliphate, utilizing it as a strategic portal to the North African region. ISIL recognizes the geographic advantages of Libya, given its proximity to European migrant networks. The organization seeks to eliminate Tunisian, Libyan, and Egyptian borders, adopting an end goal of regime change across the region. [8] For years, the Libyan government has lacked sovereignty over its citizens and has struggled to suppress criminal & terrorist organizations. ISIL-L seeks to exploit the current political divisions and security vacuums, both in Libya and neighboring states. Given the group’s relocation and decline in personnel, its strategic vision has changed since 2017, previously prioritizing an ‘outbidding’ approach against the Libyan government. The organization continues to use intimidation tactics against local populations to consolidate power, alongside spoiling efforts to undermine conflict resolution in Libya while recruiting additional members. [9]

ISIL-L has rejected foreign intervention in Libyan and broader-North African politics & affairs. In 2018, the organization executed a series of attacks on higher value targets, including the Libyan Foreign Ministry and the National Oil Corporation, signaling its opposition towards foreign involvement in the region to the broader international community.

As a result of the group’s relocation & reduction, ISIL-L has also adjusted its financing strategies, partnering with local Libyan criminal networks and organizations engaging in human & weapon trafficking. They have also prioritized weapon stockpiling efforts and seized trucks carrying fuel in recent years. [10] ISIL-L’s lack of funding, which previously stemmed from domestic banks or tax extortion methods, has also caused the group to increasingly engage in violent tactics with economic incentives, such as kidnapping for ransom. [11]

In early 2021, Libya’s Government of National Unity (GNU) was established following negotiations under the United Nations-led Libyan Political Dialogue Forum. The coalition government was created to help end years of political conflict and to lead Libya towards fair & stable elections later that year.  Libya was historically divided between the UN-backed Government of National Accord (GNA) and the dissenting Interim House of Representatives & LNA. For years, the GNA struggled to retain political and territorial control, leading to a power vacuum in ungoverned southern regions. [12] Further deterioration of the Libyan government in the north could allow ISIL-L to regain territory and more freely conduct attacks, especially following the recent failed election.

Additional factors, such as foreign states’ involvement in Libyan politics, could also alter the conflict landscape, even following the official ceasefire agreement in October 2020 which mandated the exit of foreign fighters from Libya. Given Turkey’s historic support of the GNA and Russia, Egypt, and the United Arab Emirates’ support of the LNA, it will be difficult for Libyans to view any upcoming elections as fair & free from foreign influence. [13]

Additionally, the Libyan economy is heavily dependent on oil exports, as the state-run National Oil Corp has suffered in recent years from political conflict. [14] Fluctuations in oil prices could affect ISIL-L’s relative power to Tripoli & other domestic organizations, as the government continues to suffer from extreme fluctuations in prices. Libyan criminal networks continue to benefit from this instability, allowing them to better support their ISIL-L counterparts.

Although ISIL-Libya’s presence has diminished since 2017, the United States should implement an integrated approach to fully dismantle the organization. Targeting the organization’s financing and personnel capacities, alongside its regional development efforts, will diminish the group’s presence, while strengthening community programs across all three regions. In terms of a military approach, the Department of Defense (DoD) should continue to conduct targeted air strikes against ISIL-L leadership & recognized fighters. These efforts have effectively shrunk the group from several thousand members to a few hundred over the past few years. U.S. intelligence services should also assess numbers of casualties & remaining fighters as a ‘measure of effectiveness’ (MoE), while conducting intelligence sharing partnerships with regional partners and U.S. allies to better surveil & respond to ISIL-L and to prevent potentially violent military miscalculations.

From an economic standpoint, the U.S. Agency for International Development (USAID) should spearhead development & humanitarian assistance efforts through food distribution, health care & social services, and education programs in Libya and its neighboring states. This will help to counter foreign recruitment efforts, on which ISIL-L heavily relies. Measuring infant mortality rates, access to these programs, and literacy & female participation in education will serve as baseline MoEs for the U.S. security sector to assess any correlations between development and ISIL-L activity. The Department of Treasury should also target the organization’s financing through terrorist tracking programs and the continuation of sanctions against known ISIL members and affiliates.Treasury can observe changes in ISIL-L activity and recruitment following the administration of sanctions & assistance in the oil sector, amplifying any efforts with high levels of effectiveness.

In terms of diplomatic-political channels, the Department of State (DoS) should work with neighboring states & U.S. allies to help direct Libya towards conflict resolution and to inhibit foreign recruitment efforts. DoS and the White House should continue to support free & fair elections in Libya, in coordination with their democratic allies. A strong and democratically-elected government will help to centralize Libyan military & economic efforts, giving them more control over rural, ISIL-L controlled regions. The United States should also promote the exit of foreign mercenaries within Libya, as the UN estimates that 20,000 foreign mercenaries remain, signaling the presence of foreign governments in Libyan political affairs. [15] DoS should also work to close cross-border criminal networks in coordination with Chad, Algeria, Niger, Sudan, and Egypt, as these groups provide significant financial support & protection to ISIL-L. These international efforts will help to mitigate current recruitment activity, as most ISIL-L members originate from neighboring states. Working with USAID, efforts should be made to build domestic capacity through strengthening institutions, civil society, and government accountability.

ISIL-Libya’s activity and visibility have declined in the past five years, but the organization remains a legitimate security threat to stability in a volatile region.  Currently, the United States is prioritizing efforts to counter great power conflict, as China and Russia continue to grow as threats to U.S. national security. However, counterterrorism measures must not be ignored, even towards groups that have historically posed less of an immediate threat to the United States. As Libya emerges from years of civil war and politically reorients to a democratically elected government, ISIL-L will continue to take advantage of Libya’s unstable political state. Given the group’s lack of opposition, especially in the rural Fezzan region, ISIL-L has space to regroup and to accelerate recruitment efforts. The United States should adopt a holistic approach of combined diplomatic, economic, and military action to ensure that the terrorist organization is managed, without room to grow.

Hannah Delaney ’21 is a former AHS intern and recent graduate of Georgetown University’s Master’s in Security Studies Program. She now works as a threat analyst at a Bay Area-based cybersecurity firm.

Image: “Peugeot car painted with the flag of Libya in Bayda,” by ليبي صح, retrieved from https://commons.wikimedia.org/wiki/File:Peugeot_car_painted_with_the_flag_of_Libya_(Bayda,Libya).jpg. This file is made available under the Creative Commons CC0 1.0 Universal Public Domain Dedication. The person who associated a work with this deed has dedicated the work to the public domain by waiving all of their rights to the work worldwide under copyright law, including all related and neighboring rights, to the extent allowed by law. You can copy, modify, distribute and perform the work, even for commercial purposes, all without asking permission.

No Time to Wait in Getting Digital Trade Right